BLOG
You are here: Home / BLOG / Travel Insurance / What does personal liability mean on your travel insurance policy? 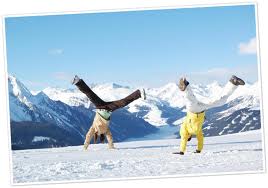 When Mark left Johannesburg to visit his brother in London, UK, he was not prepared for the winter that those in the Northern Hemisphere experience.

When he stepped off the airplane it became clear that the jacket that he bought from Outdoor Warehouse was not going to keep him warm in London in the middle of December. Worse still London was experiencing  one of the coldest winters in years and there was snow and ice just about everywhere.

“The London underground system was severely disrupted by the snow and it was absolutely freezing because I was use to the South African winters which don’t come close to a London winter. My brother told me to wear multiple layers to keep out the cold.”

On the first Saturday, Mark went with his brother and his children to go tobogganing in a park near their house in Southfields, South-West London. “There was a small slope which the children were going up and down and then my nephew told me to have a go. Well, I wish I had of said no. I was a lot heavier so I went faster and could not control the toboggan. I rode straight into a women playing with her little girl, luckily missing the girl but knocking the women out and she seemed to be in a lot of pain.”

An ambulance was called and the woman’s husband took my name and address in Johannesburg and afterwards said we may need to talk to you about your personal liability for the hospital costs. “That’s when I began to panic. I was in one of the most expensive cities in the world and the exchange rate was 15 to 1! How much is this going to cost me? My brother asked if I had travel insurance, which I had bought through Easy Travel Insurance. I woke up early the next morning and read the policy terms and conditions. I had the leisure travel insurance which has personal liability cover of R3 million. “

Personal liability covers you if during your insured journey you become legally liable for accidental bodily injury to, or the death of, any person and/or accidental loss of or damage to their property, then on condition that there is no other insurance in force covering the loss, the material damage or your liability, we will cover you (or in the event of your death, your legal personal representatives) against:

a)            All amounts which you become legally liable to pay as compensation; and

b)            All legal costs awarded to any claimant or incurred in the defence of any clam that is contested by us or with our consent. We will pay up to the limit of liability stated in the schedule of benefits.

“The first thing the Easy Travel Insurance help desk told me,” says Mark, ”was not to make any admission, offer, promise or payment, without their written consent. They also said that if necessary they may take over the defence if there was one and there were several exclusions such as, the court submission either had to be in South Africa or in England where the incident occurred.  They established that it was an accident and it was not malicious or deliberate and they also checked that it was not something that happened in my line of work otherwise I would not have been covered. “

Mark returned to South Africa after having a wonderful Christmas with his brother and his family but it could have easily have been an expensive holiday. Mark discovered that the woman was absolutely fine. She was covered under her own medical insurance and had no intention of suing  or filing for damages with Mark. “That was a massive relief ,” breathes Mark, “but it was also reassuring to know that my travel insurance covered me for this type of incident.”

5 Activities you didn't think travel insurance would not cover

Tips for keeping travel costs down

The one travel insurance mistake you should never make

Hot Spots Around the World - Where you might expect trouble

Travel insurance: what to do in the event of a hijacking

Travel insurance: emergency assistance cover when you need it most